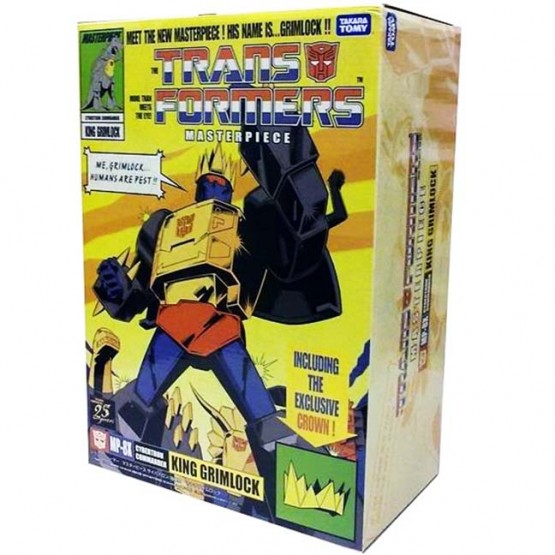 MP-08X Masterpiece King Grimlock 2nd Production Run is a plastic/die-cast figure accompanied by a handful of accessories including Grimlockâ€™s Energo Sword. Grimlockâ€™s right fist features an LED function. In keeping with the Gen 1 source material, MP-08 Grimlock is based upon the nostalgic tripod-stance concept of the tyrannosaurs; his robot mode offers a wider range of articulation than the Gen 1 version, and is reminiscent of his appearance in the original cartoon. Grimlockâ€™s acrid disdain for weakness is rivaled only by his hostility towards those who use superior strength to victimize weaker life forms. Grimlock and his fellow Dinobots, having defected more than once from the Autobot ranks, lend assistance to Optimus Prime generally with grudging reluctance.