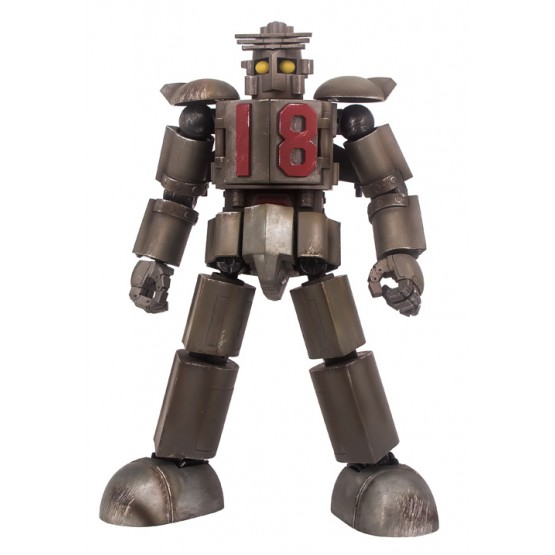 This item is a posable action figure.

- Use the die cast part of the legs and hips, there is a sense of stability, a pleasant sense of weight!

- Tracing the deformation gimmick and extra structure to dare Wansebun you omit, Wan'eito also possible variety of poses! - 26 episodes [large reverse! Farewell love featuring the brother I], the reactor is supplied with chest replacement parts and electromagnetic filter was damaged!

From the legendary 1977 tokusatsu series "Daitetsujin 17" ("one seven," please, not "seventeen"), here's One-Eight! He's about 30cm tall, and has diecast parts in his legs and hips for stability and a pleasing heft. He's super-posable, and includes interchangeable parts for his chest to show damage; he also has wings to wear on his back. This is the perfect addition to any robot fan's lineup! 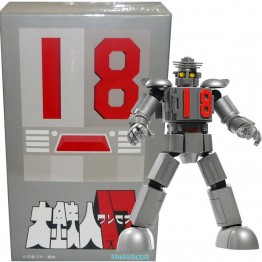 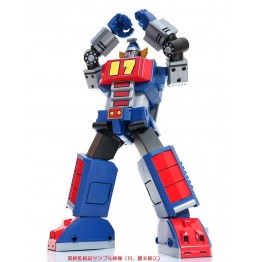 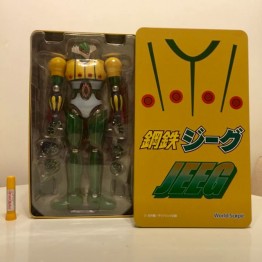 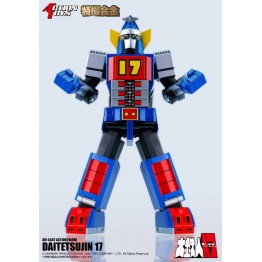 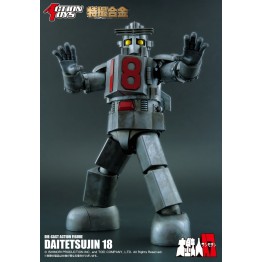