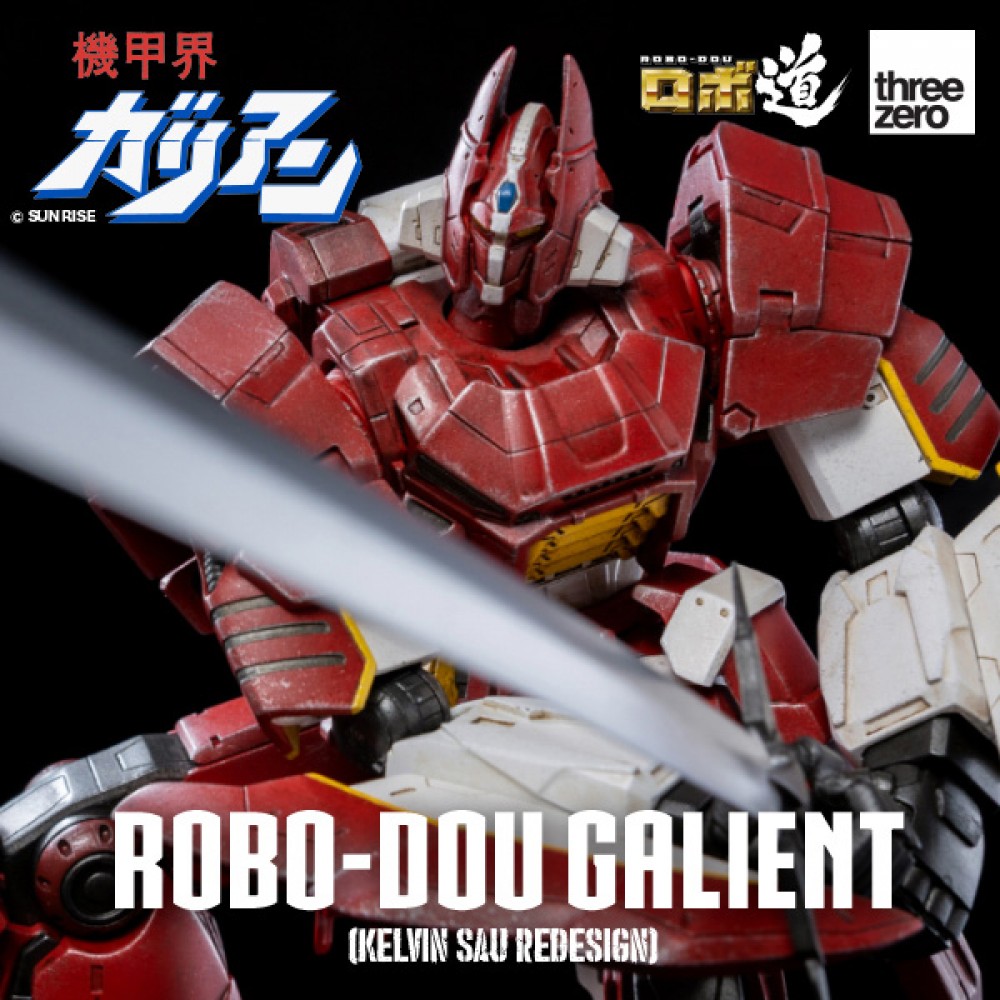 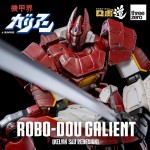 Based on the 1980’s Japanese anime “Panzer World Galient,” threezero’s Art Director has redesigned the classic mecha Galient with enhanced mechanical details while maintaining a wide range of articulation. ROBO-DOU Galient (Kelvin Sau Redesign) is a non-scale articulated figure approximately 24.5cm (9.6”) tall to the top of the head with a remarkable die-cast main frame that provides 42 points of articulation. The figure is constructed of ABS, PVC, POM, zinc alloy, and metal parts. threezero’s renown paint application techniques and weathering application are utilized to highlight all the details.

The ROBO-DOU Galient (Kelvin Sau Redesign) collectible figure includes many interactive features to increase playability. It is compatible between two forms; the initial Panzer Blade Galient, and the Panzer Blade Assault Galient after repairs and upgrades. The figure in Galient form can transform into Big Falcon. The figure in Assault Galient form which is equipped with additional armaments of Rear Cannon, Assault Cannon, and a shield, is capable of separating into two machines with the torso transformed into Panzer Falcon, and the hips and legs transformed into Strike Vehicle. The tires at both sides of each foot are also able to rotate, representing Galient’s iconic “roller dash” feature.

The included weapons are the Galient Blade in sword mode, Galient Balde in whip mode, detachable Rear Cannon, Assault Cannon, and a shield. Galient Blade in whip mode has each of the small blade pieces attached via bendable wire for poseability. The shield has an articulated pile driver at the back side. It also includes four pairs of exchangeable hands (one pair of fist hands, one pair of posed hands, one pair for holding Assault Cannon, and one pair for holding Galient Blade).

WARNING:  All items sold by Robo Toy Base are intended for adult collectors. Items may have small parts or other elements not suitable for children under 16 years old.

Purpose to save postage by removing useless original packaging. For example , the total weight of Warbtron WB03E is 2.2 kg but the net weight of figure and booklet is 1kg only. Without the original box, buyer could save about USD10-15 postage.

By our experience, it is always easier for custom clearance without original box.

We offer special packaging to ensure no damage even sent in loose for worldwide.