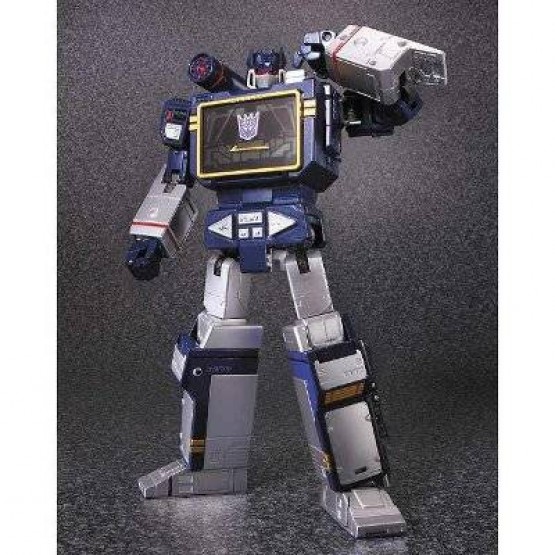 Transformers Masterpiece MP-13 Soundwave includes Laserbeak and be capable of carrying up to 3 cassettes. Figure stands 8 1/2" tall in robot mode and is fully transformable into the cassette player reminiscent from the G1 cartoon/toy. A great modern remake of the vintage G1 figure Soundwave! His cassette deck can fit up to 3 cassettes at once, and he includes Laserbeak his trusted ally from the G1 Transformers Episodes. Laserbeak transforms from g1 cassette to bird and back and can be displayed on Soundwave's extended arm just like in the TV show .

Additionally Soundwave includes his Concussion Blaster and rocket launcher that when collapse fit into his back panel like batteries, just like the original G1 toy but on a larger scale. Finally he also includes a mini megatron gun that he can hold and a clear energon cube.