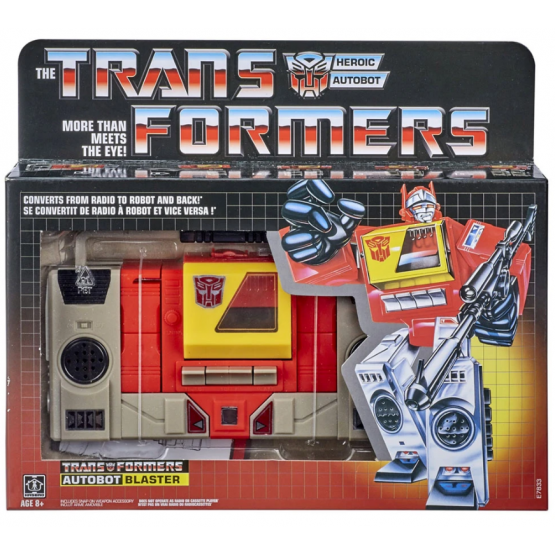 Autobot Blaster loves to crank the volume on good, hard rock ‘n roll music. Can switch from robot to radio to receive and transmit radio frequencies. At the forefront of any situation. Carries electro-scrambler gun.